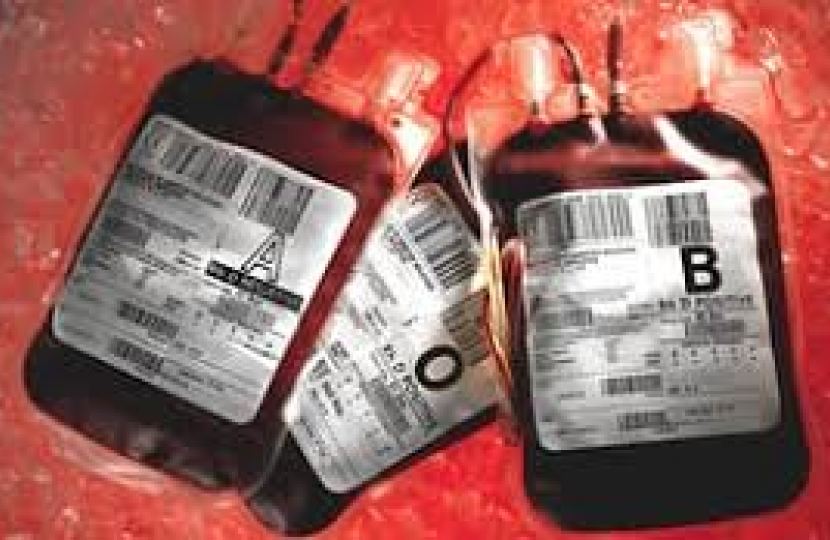 It is sad to say that during the 1970s and early 1980s some blood and blood products supplied by the NHS, mostly to haemophilia sufferers, were found to be contaminated with HIV and Hepatitis C. More than 4500 patients contracted one or both of these diseases as a result, of whom over 2000 are thought to have died. Since then a number of no-fault government payment schemes were established to provide support for those affected. However, these have often been criticised as being insufficient and successive Governments have rejected calls for an independent inquiry or additional compensation.

In 2009 private donations funded the non-statutory Archer Inquiry and amongst its recommendations was a call for reform of support for those affected in line with a scheme in the Republic of Ireland. The Irish scheme offered substantially higher payments than the UK but successive Governments have rejected comparability on the basis that the Irish scheme was established to compensate victims for wrongdoing by a government agency but that no similar wrongdoing occurred in the UK.

An April 2010 judicial review of the previous Government’s response to the Archer Inquiry questioned that assertion and the current Government responded with a proposal to review aspects of support, while restating a rejection of the Irish model.

In the wake of the Penrose Report into those affected in Scotland, the Government allocated an additional £25 million to go towards securing a better payment and support system for affected individuals. Scheme reform has been a priority and I am pleased that the Government announced a further £100 million of support over this Spending Review period. I would like to note the Government’s strong record in support of those who suffered. Since 1988, there have been five schemes to provide financial and other support to infected and affected people.

I am encouraged to say that, as of 11th July 2017, the Government has announced that it will hold a full inquiry to understand exactly how the infected blood tragedy occurred and the Health Secretary acknowledged the ‘unimaginable hardship and pain’ it caused for all those involved. I understand there is some disquiet about The Department of Health conducting an enquiry into itself, so, to ensure transparency, the Government has insisted the enquiry be conducted under the watchful eye of The Cabinet Office.

Systems were put in place to ensure it can never happen again but I know these terrible events have had a dreadful impact on those affected, including Constituents of mine. I am confident we will now see a full and transparent enquiry, one which I hope will provide the answers those involved are still searching for and establish how best to support those affected.