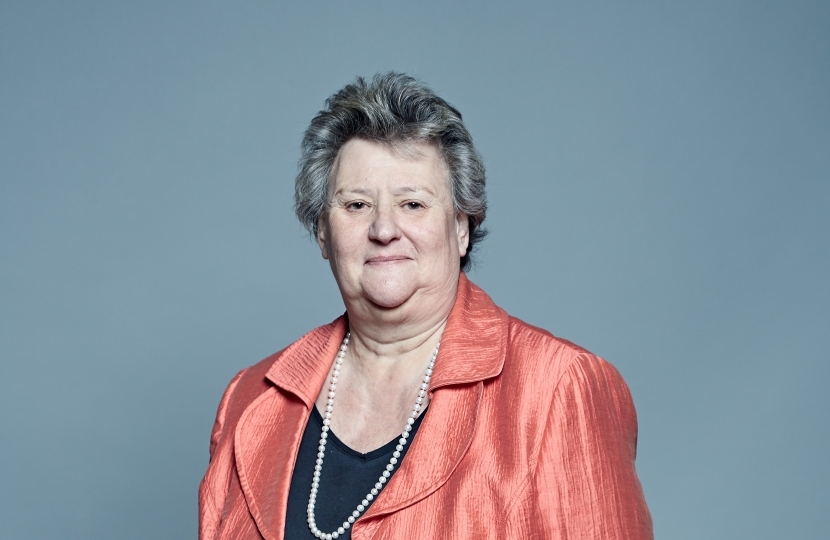 Born in 1959, Heather Wheeler moved to the Midlands in 1986 when she married Bob, and they have a daughter who is a solicitor. Heather is qualified as an Associate of the Chartered Insurance Institute and for 10 years had a successful career in the City of London specialising in Professional Indemnity insurance.

Local Government: In 1982, aged just 22, Heather was elected onto Wandsworth Council becoming the youngest female Councillor. In 1995, she was elected to represent Repton Ward on South Derbyshire District Council; where, in 2002, she became Leader of the Conservative Group. In May 2007, the Conservatives took control of the Council for the first time in its 34 year history - and Heather became Leader of the Council, a position which she held until she was elected as MP for South Derbyshire in May 2010.

Journey to Westminster: During her time on South Derbyshire District Council, Heather fought vigorous general election campaigns in Coventry South, both in 2001 and 2005, increasing the Conservative share of the vote on both occasions.

At an "Open Primary" in November 2006, members of the public as well as Party members voted for Heather to be the Parliamentary Candidate for South Derbyshire.

At the Primary she said:

"South Derbyshire matters to me. My family and I have lived here for over 20 years. I want to see South Derbyshire as a beautiful place to live, work and enjoy life. It must be a safe place to live, a place where you can get a good education, where there is access to excellent NHS services, where there are interesting things for the young and the elderly to do and where you can get a secure and rewarding job.

Over the last 13 years, Labour has let down our towns and villages. Only a strong voice for South Derbyshire will restore our services and protect us."

Political focus: As a Councillor, her particular strength was in urban regeneration projects and the success of that focus can be clearly seen in and around the South Derbyshire constituency and in Swadlincote in particular. Other special political interests include: introducing measures to combat economic and environmental urban decay; being at the forefront of schemes to limit anti-social behaviour, especially amongst young people, and being instrumental in the opening of a Domestic Abuse Refuge in the East Midlands.

Election to Parliament: On 6th May 2010, Heather was elected as Member of Parliament for South Derbyshire with a majority of 7,128 (14.1%) taking the seat from the Labour Party after 13 years.

On election to Parliament, Heather said: “I want the hard working people of South Derbyshire to keep their money in their pocket, to have choices when they retire and to cut the red tape dictated by Europe to keep South Derbyshire’s businesses prospering.”

At Westminster: Heather has sat on two Select Committees: Standards & Privileges and Communities & Local Government. She was also elected onto the Conservative MP’s influential 1922 Committee, where she met the Prime Minister regularly through the year.  Additionally, Heather was Vice-Chair of the All Party Parliamentary Motor Group and an Officer of the All Party Parliamentary Group on Insurance and Financial Services.

In South Derbyshire: Heather’s main focus is the economic prosperity of South Derbyshire, encouraging businesses to open, expand and to take on more employees - particularly apprentices. She is delighted to represent one of the fastest growing districts in the country - a district which also has one of the lowest levels of unemployment.

One significant success since 2010, is the opening of Burton & South Derbyshire College in Swadlincote. Not settling for that, Heather's most recent challenge is joining with local Head Teachers to find ways to improve local education standards across the constituency, inspiring aspiration in our young people.

Heather's main office is based in Bretby, she holds regular surgeries, moving them around the villages of South Derbyshire. To keep everyone updated, she sends out regular e-newsletters. More information can be found on her website www.heatherwheeler.org.uk

Outside of politics she has wide-ranging interests, foremost her family, watching sport, DIY and listening to the Archers.