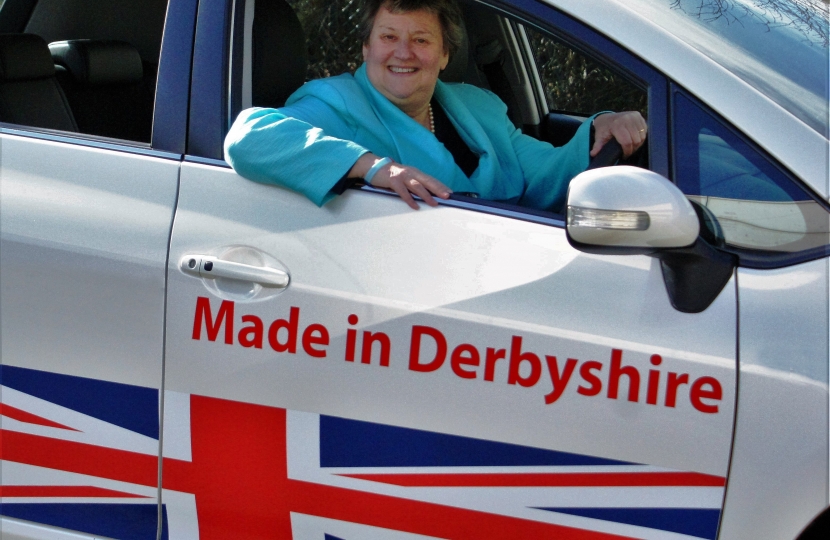 On the day that Her Majesty gave the Royal Assent to the Brexit Bill, giving Theresa May the authority to trigger Article 50 and begin the process of leaving the European Union we had amazing news locally.

I am delighted to hear the announcement from Toyota Manufacturing UK that they are to invest £240 million pounds in their Burnaston car plant. Far from the doom and gloom predicted after the referendum, major manufacturers are placing their faith in the UK.

Toyota believe the investment will equip them for the future and improve their competitiveness in the global market. This is a ringing endorsement of our South Derbyshire workforce and the local companies who have become highly efficient members of the supply chain. It will come as a massive boost to the workforce to know that their future is secure.

Starting this year the company will be upgrading the facility with new equipment and technologies. The President of Toyota Dr Johan Van Zyl stated that “This upgrade of TMUK is a sign of confidence in our employees and suppliers.”  I feel it is also a sign of confidence in the UK government to secure a good deal for Britain as we leave the EU and in addition it will promote the UK as a great place to do business.

£21 million of the total is from the Government specifically to invest in Research and Development. This will ensure our cars are always at the cutting edge of technology and will improve the plant’s environmental performance. The money will also be used for Training employees taking them to the next level when the new breed of cars come our way.

Toyota is important not only to its workforce and the businesses who supply them but just as importantly to the local economy which benefits from wages being spent in the locality.

In December, the Burnaston factory will celebrate 25 years of making cars and during that time Toyota has invested around £2 billion in the plant.  With this new £240 million investment the company is now making it will ensure that cars are still being made here in South Derbyshire for the foreseeable future.