Maintenance Work on the A38 Alrewas to Toyota 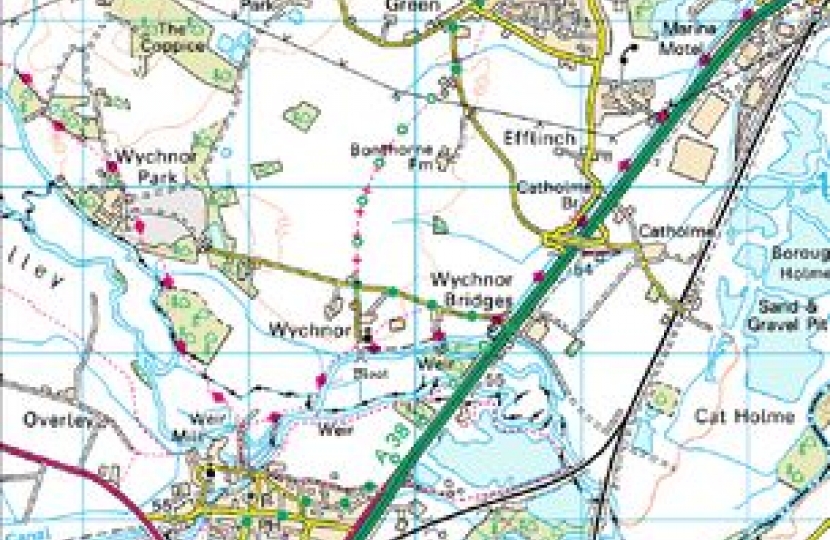 I was recently informed by Highways England that they are to carry out work to improve the safety of the A38 between Alrewas and the Toyota A50 Junction. The work started on the 13th February 2017 and is estimated to continue until the 31st of March 2017. Highways England have assured me that they have engaged with key stakeholders including the emergency services and local residents to ensure they are aware of the work and the benefits it will bring.

The work will improve the safety at the Wychnor and Catholme junctions, and also Barton Bends, by providing enhanced signing and road markings at these locations. They will also install additional signs, and renew existing ones. To make maximum use of road space and closures and to minimise disruption to road users they will also carry out two further resurfacing schemes which will provide new and refreshed road markings, and undergo an electrical inspection testing scheme. Once completed, all road users will benefit from the enhanced road safety and an improved driving experience.

For the safety of the workforce and the travelling public, Highways England feel that they will need to fully close the A38 carriageway on the sections where they are working. To minimise disruption they intend to undertake the work using full night time closures from Monday to Friday between 20:00 and 06:00. They plan to keep one carriageway open as usual while the other is closed. They have told me they will work on the southbound carriageway from 13th February to 25th February and the northbound carriageway from 27th February to 25th March. I was also advised of maintenance work on the A38 at Branston to restore the street lighting, this work is planned to start on 27th February using the existing closures.

When the closures are in place road users are advised to use the following signed diversion route:-

Southbound traffic will take the A50 westbound from Toyota Island to the A515 at Sudbury, travel south down the A515 to King’s Bromley then east on the A513 to re-join the A38 at Alrewas. This will be vice versa when the northbound carriageway is closed.

In addition to the overnight full closures, the areas requiring deeper treatments will be subject to a 40 mph speed limit during the day. It is hoped that his arrangement will eliminate the need for further closures. The additional length of the diversion route is 22 miles with an average expected delay of 20 minutes.

Emergency access will be available all times during the work for emergency vehicles. Please note that all planned roadworks are subject to change due to weather or unforeseen circumstances