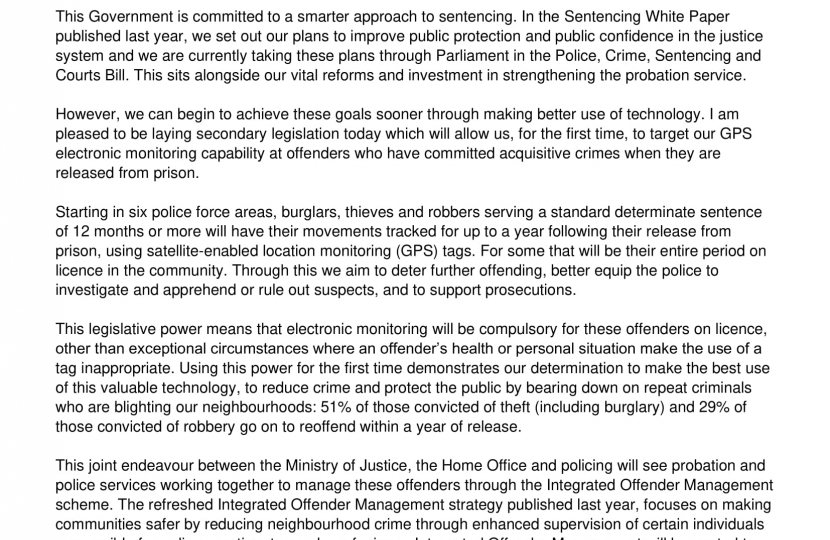 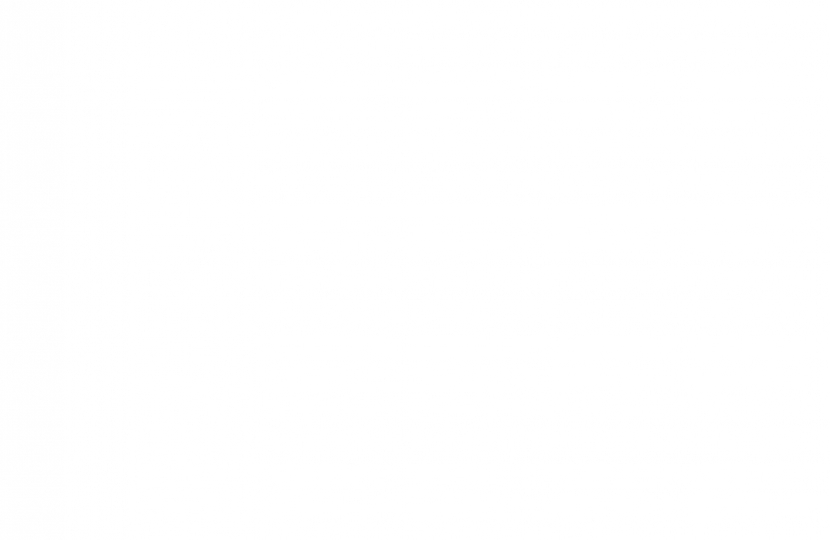 This Government is committed to a smarter approach to sentencing. In the Sentencing White Paper published last year, we set out our plans to improve public protection and public confidence in the justice system and we are currently taking these plans through Parliament in the Police, Crime, Sentencing and Courts Bill. This sits alongside our vital reforms and investment in strengthening the probation service.

However, we can begin to achieve these goals sooner through making better use of technology. I am pleased to be laying secondary legislation today which will allow us, for the first time, to target our GPS electronic monitoring capability at offenders who have committed acquisitive crimes when they are released from prison.

Starting in six police force areas, burglars, thieves and robbers serving a standard determinate sentence of 12 months or more will have their movements tracked for up to a year following their release from prison, using satellite-enabled location monitoring (GPS) tags. For some that will be their entire period on licence in the community. Through this we aim to deter further offending, better equip the police to investigate and apprehend or rule out suspects, and to support prosecutions.

This legislative power means that electronic monitoring will be compulsory for these offenders on licence, other than exceptional circumstances where an offender’s health or personal situation make the use of a tag inappropriate. Using this power for the first time demonstrates our determination to make the best use of this valuable technology, to reduce crime and protect the public by bearing down on repeat criminals who are blighting our neighbourhoods: 51% of those convicted of theft (including burglary) and 29% of those convicted of robbery go on to reoffend within a year of release.

After launching in the six initial areas, we intend to roll out to further Police Forces and corresponding Probation Delivery Units in England and Wales later in 2021, and will lay further legislation to do so. Taking this phased approach will enable areas out of scope of the project to form a control group so that the effect of this new measure can be robustly evaluated to assess the impacts on reoffending and its cost effectiveness.

By laying this Order we will be taking an important step in tackling acquisitive crime, something of grave concern to communities across the country.

I am writing to update you on the steps we are taking to help alleviate the pressures on critical services where contacts have to self-isolate, as we continue to manage the pandemic.