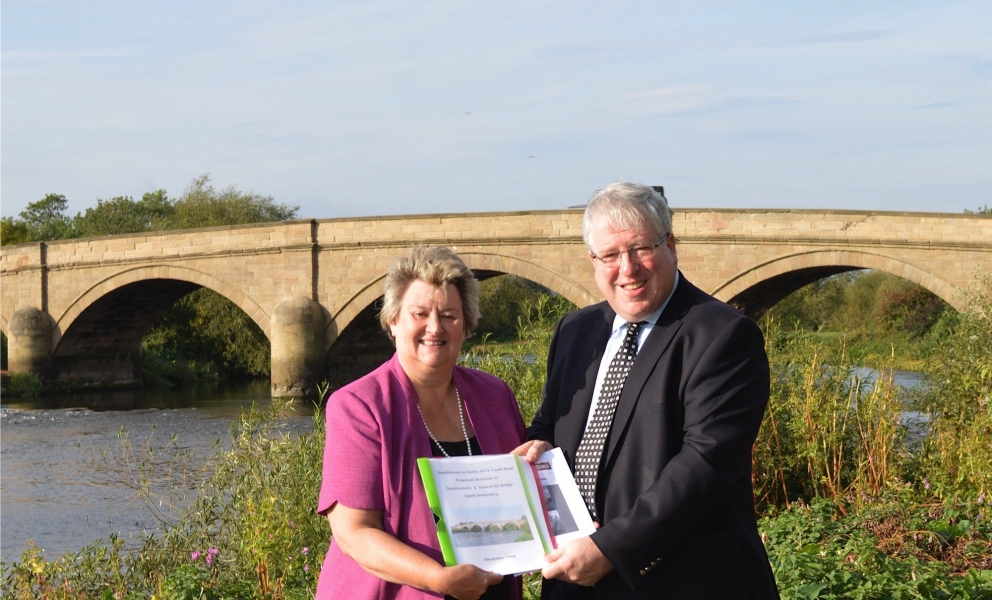 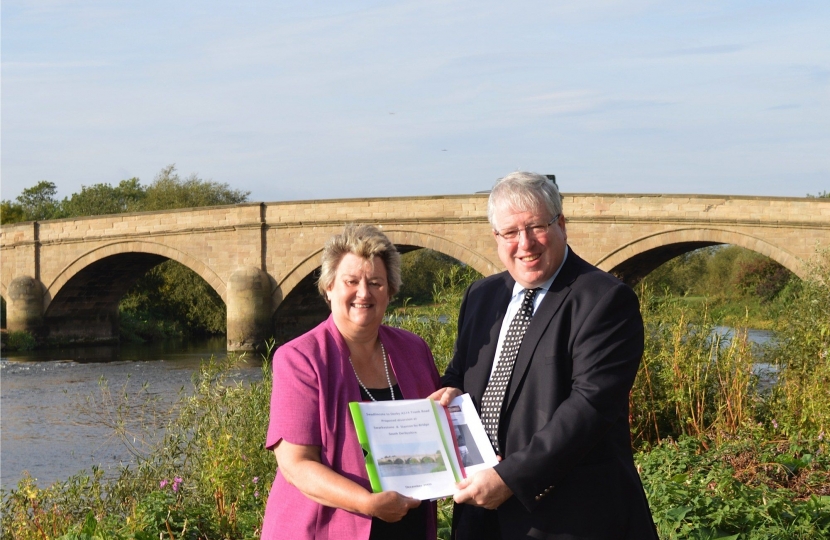 Swarkestone causeway, which English Heritage have listed Grade 1; the site where Bonnie Prince Charlie and his Scottish Army were turned back from their march on London, is under threat from the volume of traffic crossing it each day. The width and winding nature of the causeway was never meant to take the huge lorries and buses which trundle back and forth in ever increasing numbers. This results in queues over the bridge which cause frustration, add unnecessary time to journeys and result in accidents damaging people, vehicles and the causeway itself.

I am campaigning for a second causeway, that would act as a by-pass for Swarkestone to alleviate the pressure on the current bridge and to try to prevent accidents. I outlined the alternative plans to the Secretary of State for Transport, the Rt Hon Patrick McLoughlin when he visited Swarkestone with me in the autumn. The Secretary of State also met with Local Councillors Mrs Linda Chilton, John Harrison and Peter Watson who all expressed their constituent’s views and concerns regarding the traffic problems on the causeway.