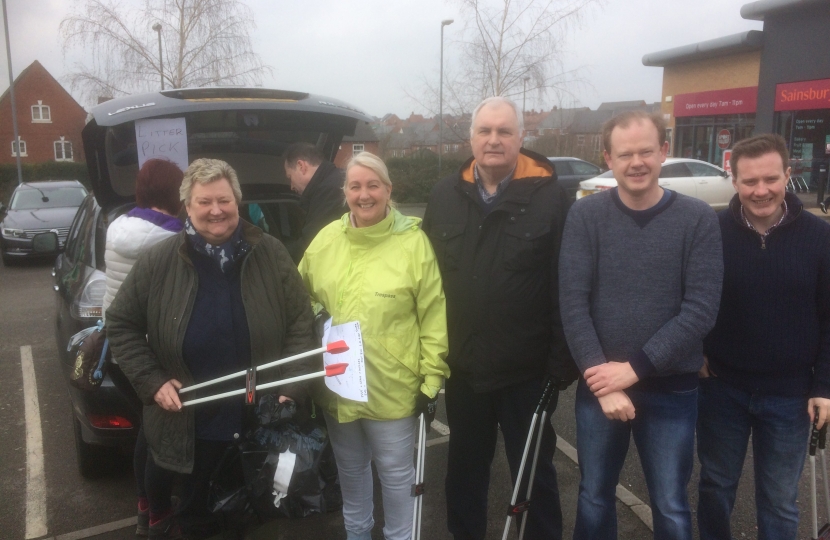 Over the course of a morning which saw some decent weather, the team collected 54 bags of rubbish with a few bizarre items uncovered such as a car wheel, shopping basket and a traffic cone.

“The Great British Litter Pick at Castleton Park was a super example of a community coming together for a common cause.

Normally when we use the term community we think of it just meaning local people but there were helpers from as far away as Coalville and assistance from businesses like McDonalds and also Toons who provided refreshment.

Huge credit must go to Lisa Brooks of the Castleton Park Community Group for organising the event and ensuring that we made the most of the manpower to clean up the estate.”