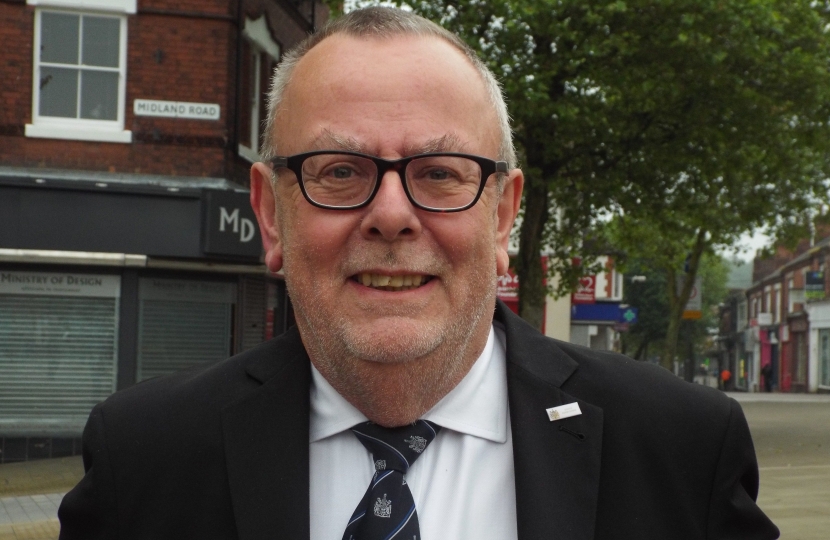 It is with great sadness that I have to announce that my husband, Cllr Robert Wheeler, passed away on Saturday 11th August 2018 at the Royal Derby Hospital following a battle with cancer.

Bob, as he liked to be known, had a long career in marketing in brewery businesses and gained many friends there over the years. He loved his involvement with local Masons, devoting much time to the charitable side of this community work.

His other passion was local politics and Bob was elected to the Linton Ward on South Derbyshire District Council in 2007. In 2010, he was elected by the Conservative Group to be their Leader and so Leader of the Council, a post he held until January 2018, having taken the decision to step down before Christmas.

It has been a roller coaster ride since Bob was diagnosed with cancer less than four months ago.

Our family wants to thank all the NHS staff at the Newhall Surgery, East Midlands Ambulance Service, Queen’s Burton Hospital and the Nightingale Macmillan Unit at the Royal Derby Hospital for the care and devotion shown to Bob. Everyone we came into contact with has been so professional and showed great compassion.

To my daughter, Harriet, and I, Bob was everything. He worked hard to provide for us and it was wonderful that only a few weeks ago he managed to walk Harriet down the aisle and make his father of the bride speech.

After 32 years of marriage there will be a huge gap in my life and I would like to thank everyone for their kindness and help during the last few weeks.