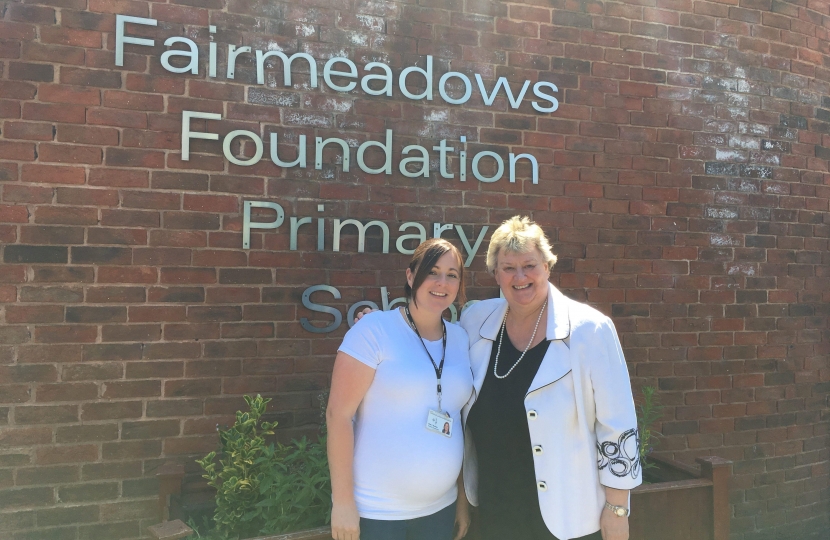 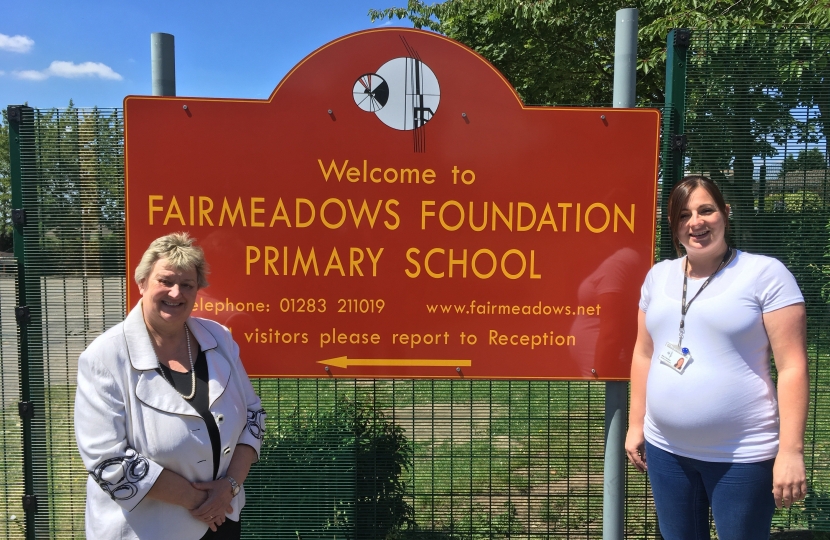 Miss Bartlam received the Silver Pearson Teaching Award for Teacher of the Year in a Primary School and was the only nominee from South Derbyshire. In total, 2019 saw 68 awards given out to nominees across the country. Miss Bartlam will now go forward to the UK Teaching Awards Ceremony which will take place on 20th October 2019 which will be filmed and subsequently broadcast by the BBC.

Nominated by Headteacher, Andrew Reeves, the school staff and even Miss Bartlam’s own form group came together to keep Miss Bartlam’s success from her until the morning of her award.

Constructed on a purpose-built site along Oversetts Road in Newhall, Swadlincote, the School, which was built in 1984, has in the region of 220 pupils who come mostly from Newhall itself.

“It was an absolute pleasure to meet Miss Bartlam and to congratulate her in person on her fantastic achievement.

It was clear during my tour of Fairmeadows how liked and respected Charlotte is by both pupils and staff alike and so this award is well-deserved.

I hope Charlotte enjoys her trip to Parliament this week and I wish her the best of luck for the UK Teaching Awards in October.”

"It was a pleasure to be nominated and recognised in school and beyond for all the hard work and dedication that I have given to the children of Fairmeadows. The award also celebrates the tremendous effort and passion of all members at  Fairmeadows,  as teaching is a team effort and many people have contributed to the overall and continuing success of our school."