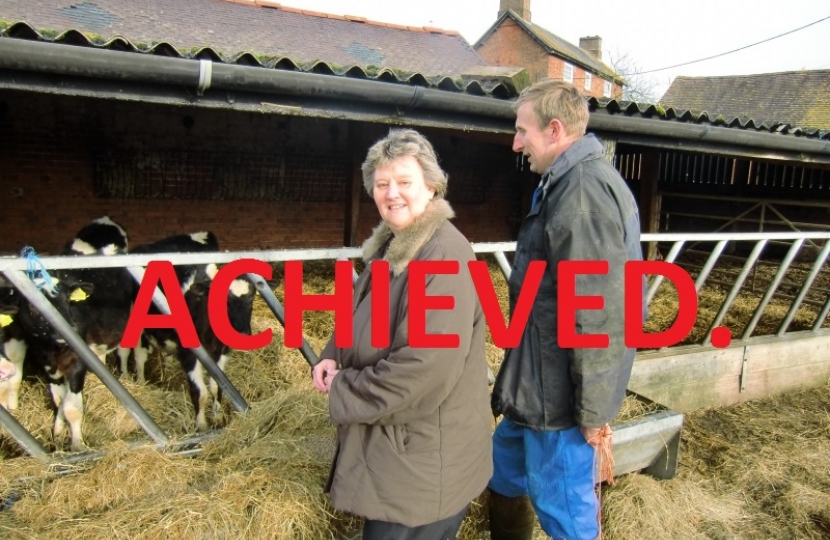 Last year I joined the newly established All Party Parliamentary Group on Dairy, and shortly thereafter we began an inquiry into the welfare of Dairy Farmers. Following this, and having spoken to my local farmers in South Derbyshire, I was left under no illusions to the state of the Dairy industry, and how much work we had to do, quickly, ensure the future of this traditional industry.

I wrote a letter to the Chancellor in January, and subsequently sent an additional letter with the co-signatures from a number of my Parliamentary Colleagues, backing my call to change the rate of taxation for Dairy Farmers from the existing two years to five. We believe that the average of their profits should be spread over the last five years. This gives more comfort, ironing out for peaks and troughs.

I am delighted that in the Spring 2015 Budget, the Chancellor has agreed to our changes which will be implemented from April 2016. I am so pleased that this campaign has been successful and I hope it will help our farming businesses.